Do you think the bill will be passed this year? While I hope it will, I have my doubts. Congress takes too long in deciding things and Republicans simply don't want to pass unemployment extensions under any reason. It's turned into a stalemate with neither side gaining ground.

660 wrote:No. THe conservatives want to bust unions and have the majority of workers making minimum wage. People are desperate will take a job for any amount of wages or hours a week.I have come to believe(hate may fit better) they believe: We got our's F you.

Yup, I have been saying this for a few days now about the unions. Don't give up on 589, win or lose we can't give up.

One ray of light the Union busting is backfiring.

Only if we start telling them to get to work! They have done nothing since this Session of Congress began in January. Maybe we need to start calling, faxing, emailing and tweeting them to tell them enough is enough. We are sick of your games and it is time to get back to work and do what we voted you into office to do --- represent the American people. All they are doing is playing political chess with our lives!

I'm just curious when Congress did anything that was in "our" best interest. While there have been a very limited number of representatives who are there to serve the country, the majority of them serve their corporate sponsors and boost their own careers.
http://www.csmonitor.com/USA/2011/0302/Why-the-film-industry-chose-former-Sen.-Chris-Dodd-to-run-the-MPAA

To clean up the whole mess we need to adopt Smedley Butler's solution by nationalizing EVERYTHING defense oriented. Note that I didn't say "abolish." In other words, Lockheed Martin, Boeing, etc., should all be gov't owned without oversight by former executives so there is no profit in their agenda - no stock tickers. Firms that employ mercenaries must not be for profit - security services, arms, biological weaponry, every industry that's been built up on behalf of Wall Street. Most of our universities would have to shut down. How sick that we pour all of our resources into death and destruction just because it all provides such an enormous return for investors. This is why the U.S. has been perpetually at war - interfering in the sovereignty of one country after another on behalf of corporate interests and wealthy financiers. The working class gets nothing but the bill.

You want to see the hawks fly away?? Corporations would still lobby congress to encourage trouble and secure their ill-gotten interests, but there would be a giant hole in the war machine. The millionaires/billionaires that have gotten rich off the blood of our nation's youth know who they are and will occupy a different place in the afterlife. It is our responsibility to untie their evil web of deceit and become more conscious of their sick games that make a total mockery of life - turning this paradise into hell for the majority. There's plenty for everybody, but when a few furiously continue to selfishly grab more and more of the pie for themselves the rest of us are subjected to poverty. Their behavior, and frankly, the whole idea of U.S. "exceptionalism" or any other nation's inexcusable greed is far from the Creator's intention. Consider our arrogance - why is it that we view the rest of the world as up for grabs just because we have the military might to take it? The wealth of other nations doesn't exist for the benefit of the U.S. capitalists. Their "terrorist" trap has been used for years - how can we continue to be so gullible - let's consider who the real terrorists are, and if we want to stop terrorism quit terrorizing. Using a military machine the likes of the U.S. on countries that don't even have a standing army is beyond bully - pathetic in my mind, and certainly nothing to be proud of. Dropping bombs on villages of innocent people?? Destroying infrastructures to ensure Bechtel, et al., lucrative contracts? Don't we have enough work here in this dilapidating pile of outdated and dangerously crumbling rubble - otherwise once prosperous communities?

Congress has NEVER did anything that was in our best interest. Their actions, and I'm referring to anyone and everyone who is elected to Congress, has always been self serving and never for the benefit of the American People or for America.

With 72 sponsors...I do believe it has a chance to get to the floor. I have to believe this. 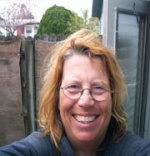 Well, 72 sponsors is great but, until this bill has Republican co-sponsors, it has no chance. Lee and Jackson need to find offsets and stop making speeches about attaching it to other bills or asking for "emergency spending" reasons.

NOPE....Don't see it passing in 2011. I believe it only has a certain amount of time it can even be in committee before it's thrown out. I don't think we have all of 2011 to get it passed.

If it ever does, it may have to be re indtroduced or some republican backing needs to happen sooner than later.

I would love to believe it will...but Why do we always have to have our eggs in just one basket. They need to flood the committee with different bills with diff. approaches. Some paid for , some as emergency spending, so attached to other bills. I am for trying from every angle. Not just one, this bill is doing about the same thing it did before back in december.

I say throw the whole pot of spaghetti on the wall and see which one sticks.

Kemcha: Is there a forum for how 99ers are surviving w/o UE benefits? Just wondering if this is being discussed at all. I know of many people who were denied UE benefits or have exhausted them years ago.
Ellen

I have been fortunate to be able to collect early Social Security. Without it, I would be on the streets. I also, have gone through the rigamarole of signing up for substitute teaching in Pasco County, FL . I really am reluctant to do this..still searching hard for a regular job.

ET wrote:Kemcha: Is there a forum for how 99ers are surviving w/o UE benefits? Just wondering if this is being discussed at all. I know of many people who were denied UE benefits or have exhausted them years ago.
Ellen

We do have a Govt resources forum which has links and info on various help thats available.
_________________
Thanks to all members for participating in the discussions.