Hope I'm putting this in the right place. Can't really think of a title, but I thought I'd put my thoughts out here, see if anyone can relate or help me out.

I went to college to work in the mass media, it was a simpler time and the future seemed bright. I was full of hope and optimism and believed I could do whatever I wanted if I set my mind to it. At the time I had no idea how naive I was being. When I finally graduated in 2010 (started in '02, finished with a Bachelor's, why it took so long is another story.), the Great Recession had already happened.

I came out of school to be greeted by a wasteland. I woke up to the shock that a 4 year diploma isn't an instant ticket to a job that it was made out to be. It also had to do with the fact I picked a terrible major (mass communications). It is a who you know business, and despite my attempts to break in, nothing was working out.

My father never really supported by career choice, but he didn't hold it against me. After we both realized the opportunities just weren't there, he offered to send me back to school for an Associate's in medical coding. (in short, that is basically making sure insurance companies reimburse patients for the services that their policy covers, among other things.)

We looked into it (and my dad is a registered nurse by trade, which gave him some credibility in recommending the program to me). I'll be 30 by the time I get my second Associate's. I know the coding profession is part of a growing health information management field, just as the healthcare industry is also growing. I understand the material and I think I can start a career in it however...

My dad is a hopeless optimist, I'm a pessimist. I'm also convinced that civilization is experiencing a slow motion systemic collapse. Every day it seems apparent to me that capitalism and our way of life is showing its faults, and the law of diminishing returns is fast setting in. I don't know it will be any easier for me to find a job in medical coding than in any other field. What's more, I'm afraid of failing in them if I do. I've had a lot of bad jobs in the past that didn't work out, and it's shattered my self esteem.

I don't know when the time comes, that I'm going to be able to produce. I want to. I want to live an independent, successful life. Even with all the odds against me. But it's infuriating to hear my dad constantly talking about how good this is going to be for me, how I'm going to eventually become a manager, all this money I'm going to make doing the job, and so on. He's painting the rosiest picture imaginable for someone who is borderline unemployable, and has been a pretty crappy worker despite his attempts not to be.

I researched the profession. Employers want certified coders with years of experience under their belt. The competition is going to be brutal. The job market still sucks. I have a lot to answer for to convince an employer to give me a chance. In all likelihood I'm going to start out filing medical records, and that will probably be after several unpaid internships. My parents seem oblivious to everything that is going on around them. They can't see that it seems as if modern civilization as we know it is in a permanent although slow decline.

I don't know how to tell them or make them understand that I just might not start out making 30 grand a year, it might take me sixth months or more for a single job interview, let alone get hired. I may not even be able to keep the job if I'm incompetent enough at it.

They're too old to listen to me (in their sixties now and going to be facing their own retirement related issues), I think they literally believe the world is going to keep plugging along, and the worst is always a generation away. The chickens have long since come home to roost. It's not going to be the next generation that will have to deal with our problems, that generation is already here and it's mine.

I think if I make through to the other side of the somewhat rigorous program I'm in, pick up my third damned degree (god I am freaking sick of college), and still can't get a job and start living the rest of my life, and I have to face the disappointment of my parents, and continue watching my relatives (the ones that are around my age) get to live it up, while I sit on the sidelines and rot, I just don't know what I'm going to do. A man can only take so much. All the hell I wanted was a simple job and a few nice things.

All I'll end off with is this: It's funny how in school you learn about the world wars, the black plague, the great depression, and you just sigh in relief because those things happened to someone else. Now there's another history book moment (the collapse of the American Empire perhaps they'll call it) and it had to happen in my lifetime.

I, too, am an unemployed twenty-something, completely broke and living with my parents, unable to get my career off the ground. I, too, started college during relatively decent economic times and was told that my major didn't matter, so I majored in a liberal arts subject that I found interesting, only to graduate in 2009 and find myself screwed. I, too, worked several dead-end jobs during my college years because I was a starving student and couldn't afford an unpaid internship.

I know what you mean about networking. Career experts make it sound like networking is so easy, but it's actually very hard to do from scratch and takes a very long time, especially if you've been out of work for awhile. I would know, I recently moved to an area where I know very few people (not to mention this area has a well-deserved reputation for unfriendly people).

Did you know that over 50% of young college grads are either unemployed, underemployed, or working at jobs that don't require a degree? I believe this is because employers do not want to invest in training anymore. Since there are so many unemployed people, companies try to find someone who has done the exact job before. Even many internships want someone with experience!

Speaking of internships, please do not take an unpaid internship with a for-profit company. Unpaid internships are exploitation and they're usually illegal. They take away opportunities from the financially disadvantaged. Plus, they make the economy worse because unpaid interns to not have money to spend.

I'm not in the medical field, but if you're thinking about it my suggestion would be to volunteer at a non-profit free clinic to see what the field is like. At least your unpaid work will go towards helping people who need it, rather than some wealthy CEO. Of course, you should research an organization before giving your time.

You should also consider getting involved in some activism. Personally, I'm thinking about starting a blog about economic injustice and maybe trying to help the Occupy movement in my area get up and running again. I think it's important for us to get our message out there and fight back against the greedy 1-percenters who caused this mess and continue to wreak havoc!

Most of all though, remember that you're not alone and that this isn't your fault no matter what Fox News tells you!

Well it's good to know I'm not alone at least hehe. I should definitely think about getting politically active in some capacity. I've looked at things like resilience circles and voluntary simplicity, trying to be less dependent on the system.

Also, if you're still interested in a career in communications, look into PRSA (public relations society) in your area. Membership and meeting fees are quite expensive (the industry seems hell-bent on keeping the poor out, despite all the talk about diversity, but that's a rant for another day), but every now and then they have free meetings, at least in my area. You can also look into volunteering for your local PRSA chapter. Might be a good way for you to network, though like I said before, building that network will still take a long time.

I am trying to start a career in a field that's closely related to PR/communications. I actually interviewed for a paid PR internship a few months ago, but I don't think they ever seriously considered me. I only got the interview because my former boss knew someone at the agency. Unfortunately, in the PR field they generally like you to have several unpaid internships under your belt before they'll consider you for a paid internship. PR agencies' talk about diversity is just that - talk (and PR

Hi, my name is Kathy I work from home and love it. Working for this company is the best decision I ever made! This is legit! You can make a great income and do this anytime, around your schedule, day or night. MODERATED

Kathy has a scam going on to take advantage of unemployed and low-income people. Just sign up and pretty soon you can pay $160 to upgrade.

Can I ask who this is, that is saying this about what I do? Please do your research on the company. Look up Instant Rewards and you will see all positive reviews on it. You can make up to $160, you do not ever pay that! This is absolutely legit and there are a lot of people doing it and making great incomes with it.

USA Citizen wrote:Kathy has a scam going on to take advantage of unemployed and low-income people. Just sign up and pretty soon you can pay $160 to upgrade.

I agree, USA. Waiting for this scam to be censored by the forum moderators! 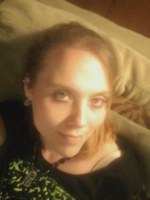