republican NO PLAN as a plan

republican NO PLAN as a plan

The Republicans believe in less or NO government.....

They have NO plan for anything...It IS there PLATFORM!

what is so hard to comprehend....

over and over they are asked what their plan for this or that is????

Unless it involves running a Haliburtan oil pipeline, they have no plan..

They are talking endlesly about repeal obama/romneycare

the republican plan might involve running a pipeline up your a**, but only if you have OIL inside you somewhere... 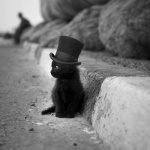 It's completely unbelievable to me that the press and WE THE VOTERS are not screaming until we bleed about the lack of a plan and the spin on lower taxes create jobs. Been there, done that and we still have no real job prospects for the masses. We need a jobs plan that will cut the masses at least in half and then work on those who still need jobs, but with more and more returning to the work force, paying taxes, paying into health, social security etc, the deficit will slowly decrease, ss won't be an issue and more people working means more people spending which means more consumer confidence and the need to mfg more goods. It's not brain surgery or rocket science, gas went down 20cents and spending across the country went up immediately. We need a plan and they need to hear it from us.

Instead, we will watch and be nauseated while they continue to try and repeal healthcare, cut taxes on the 1%, destroy the environment, kill the EPA, and step on the necks of the unemployed.

Over and over we watch them continue to take votes on issues that are now law because they can't stand to lose and we suffer each time. Let's keep our eyes on the prize, we put these people in office and we pay them. Don't know about you, but I DO remember working and being productive, and I DO know that if I spent the majority of my career REDOING what was already DONE, I would be looking at a lifetime of unemployment.

Further more (excuse the rant), but watching Mitt Romney explain the difference between the supreme court ruling about the mandate being a tax and his Mass. mandate was not a tax is just exactly what we can expect if he should pull off a win in November.

Those with jobs making less than $250,000 will be paying the taxes for the entire country and no matter how long they have worked for their employers, they will then be paying massive healthcare costs because first act of business will be to repeal healthcare and make sure that employers don't have to cover them. Count on it.