One Week Before Recess

One Week Before Recess

There is one week left before the August recess, and there has been absolutely no indication whatsoever that either the White House or Congress has any plan to move HR 589 or incorporate its language (and intent) into any other legislation. I really do feel like the president could've been more determined/convincing in his advocacy of that extension, but he hasn't really done a thing. He's proving himself, over and over, to be nothing more than a phoney. There are lots and lots of speeches, full of grand language about what he'd like to do or what he'd like to see done, but then he doesn't make a real effort to get it done; and probably never had any real intention of doing so.

When November 2012 rolls around, I know exactly what I'll do. I'll vote for the Democratic candidate for Senate (Tim Kaine) because he's genuine. But in the presidential election, I will not cast a vote. Virginia will probably be close and I'm sure every vote will count. The current president hasn't shown that he deserves my vote.

Re: One Week Before Recess

steven tyler just said to me DREAM ON !!! 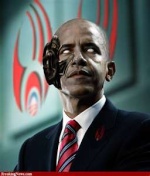