I have been seeing tons of great quotes lately and I wanted to share. Please feel free to post yours.

Neither poverty, nor the diverse nature of the American population are excuses not to educate everyone.

"You can't fix education until you fix the community, education is not a building but a lifestyle and an environment"-Robert john Meehan.

"Teaching children is an accomplishment;getting children excited about learning is an achievement."-Robert John Meehan

The way to gain a good reputation, is to endeavor to be what you desire to appear. - Socrates

A cynic sneers at the world & absolutely believes their view to be correct.

Take the pains to understand the world to the greatest extent that you can. Then, make up your mind as to what is possible in this world.

“Never forget me, because if I thought you would, I'd never leave.”~ Winnie the Pooh

“Promise me you'll always remember: You're braver than you believe, and stronger than you seem, and smarter than you think." ~ Christopher Robin


"Courage is resistance to fear, mastery of fear, not absence of fear." ~ Mark Twain


"If man could be crossed with the cat, it would improve man but deteriorate the cat." ~ Mark Twain

“You've got to see that this Justice Department keeps chipping away at our rights. The American people are so ill-informed that that they don't realize what's going on. And they won't until it's too late.”

DesperateInRI wrote:"If man could be crossed with the cat, it would improve man but deteriorate the cat." ~ Mark Twain

That's one of my favorites!

We stand for freedom. That is our conviction for ourselves; that is our only commitment to others. John F. Kennedy

If a free society cannot help the many who are poor, it cannot save the few who are rich. John F. Kennedy

JFK had the best quotes!!

"A love for tradition has never weakened a nation, indeed it has strengthened nations in their hour of peril." ~ Sir Winston Churchill

“You have enemies? Good. That means you've stood up for something, sometime in your life.” ~ Sir Winston Churchill


"A conservative is a man with two perfectly good legs who, however, has never learned to walk forward." ~ Franklin D. Roosevelt

"We must remember that any oppression, any injustice, any hatred, is a wedge designed to attack our civilization." ~ Franklin D. Roosevelt

"Yes We Can" ~ Barack Obama after SC Primary Win

The hottest place in Hell is reserved for those who remain neutral in times of great moral conflict. Martin Luther King, Jr.

Some of my favorite quote sources have already been tapped--Mark Twain & Winston Churchill, but there's always Dorothy Parker:

"Beauty is only skin deep, but ugly goes clean to the bone."

"This is not a novel to be tossed aside lightly. It should be thrown with great force."

"If you want to know what God thinks of money, just look at the people he gave it to."

"If all the girls who attended the Yale prom were laid end to end, I wouldn't be a bit surprised."

"That would be a good thing for them to cut on my tombstone: Wherever she went, including here, it was against her better judgment."

"I like to have a martini,
Two at the very most.
After three I'm under the table,
after four I'm under my host."

Oh too funny.
Did it say anything anythere about the end having a combover??

Mark Twain “It could probably be shown by facts and figures that there is no distinctly native American criminal class except Congress.”

gettheminNOVEMBER wrote:Mark Twain “It could probably be shown by facts and figures that there is no distinctly native American criminal class except Congress.”

Thats a great one getthem!!

gettheminNOVEMBER wrote:Mark Twain “It could probably be shown by facts and figures that there is no distinctly native American criminal class except Congress.”

Thats a great one getthem!!

Mark Twain had some great quotes!

my favorite quotes come from the Rocky movies. Here's two of them:

Let me tell you something you already know. The world ain't all sunshine and rainbows. It's a very mean and nasty place and I don't care how tough you are it will beat you to your knees and keep you there permanently if you let it. You, me, or nobody is gonna hit as hard as life. But it ain't about how hard ya hit. It's about how hard you can get it and keep moving forward. How much you can take and keep moving forward.

What's so crazy about standing toe to toe with someone saying "I am"? 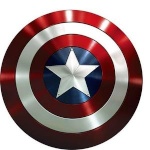 Our lives begin to end the day we become silent about things that matter.

I love to see a young girl go out and grab the world by the lapels. Life's a female dog. You've got to go out and kick ass.

"Never wrestle with a pig, you just get dirty and the pig enjoys it".