My first day on the job

My first day on the job

Over the years of my nightmarish unemployment where I attended cosmetology school, real estate school and online college, it was to keep my mind occupied so I would not go crazy.

Depression and self doubt were my constant companions and like so many posters on here, I heard, "You don't try hard enough" and people looked down on me or I thought they did. And I was looking down on myself.

I doubted if I would ever find work again and I doubted that I could work, would I be able to keep up and actually work. I was at my wits end, not wanting to be around people not wanting to talk about being unemployed.

Today was my first day at 7-11. It was a miracle and godsend. I went through some doubt about that job with the clearance fiasco--btw they are looking for help nation wide--because of what the previous franchise owners committed and the corporation is totally embarrassed by it. Which they need not be, the locals have forgotten and noticed the attempt to straighten up the place, they hired English speaking Americans, no matter what ethnic background and they're trying to straighten up the fiasco.

Being the new guy, everyone was telling me what I needed to do but they were pretty cool about it. I was on the coffee station which means I had to work fast. Of course I was out of my element feeling my way around and trying to keep up with the coffee demand. I had to stand for 9 hours making coffee and wiping down counters--initiation--until I get the confidence.

I drove to work and started to doubt that I would be able to pull it off, being unemployed for so long but surprised myself. I was able to get back into working mode and while I was like a fish out of water, I survived. They told me I was doing a good job for my first day. And getting up at 4:30am to get to work by 6 am, I was able to do it with a little struggle.

Now at the end of the day, my legs are sore, and I'm exhausted and have to develop a routine. Did I mention my legs were sore.

Its 7-11, its a job and I could not afford to be snotty and look down on it, its getting me back in the work world and the pay isn't that great but I'm rebuilding my confidence back.

I'm so very happy for you!!!
Elevate those legs and don't quit smiling...

Congrats Hunter! Just having a purpose in life to wake up is great! More blessings will follow. 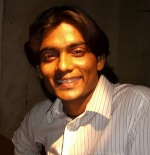 Congratulations! My sister, a laid off teacher, took a job at a local 7/11. She really enjoys the job and the people she worked with. She recently was offered another fulltime teaching job and will try to keep the 7/11 job so she can get back on her feet.

Your post made me so happy it has nearly brought me to tears.

Well I have been there going on three weeks and it is not a bad job, I enjoy getting up in the morning to the sound of the alarm clock and coming home tired from standing on my feet and not from boredom.  Received two paychecks, one little one first week and the longer week is tomorrow, I work around 45-50hrs a week, the pays not great but at least its pay. They seem happy with my work.

AHHHH, that great news Hunter. And if you never get back into your prior career, don't underestimate retail. Retail's another world with pleanty of jobs and a lot of room for advancment, maybe doing something related to what you did in your career.