So much for the Birthday! Boy this GOP is an epidemic. It saddens me. I just got a call from my parents to wish me Happy Birthday. They are pretty messed up physically and in their 70's. We just chatted about the weather and stuff until my Dad asked if I watched a show called Combat Hospital on ABC. I said yes I saw it, said it was Canadian made and produced and hadn't made a decision if I really liked it or not. Then he went on about HOW it was better than the Belisarius Production (Magnum, P.I., Airwolf, Quantum Leap, JAG, and NCIS etc.). Started screaming on how producer Donald Bellisario WAS putting in HIS LIBERAL views in his shows. He went ON and ON...then the BS hit the fan when he said FOX NEWS, OBAMA the TERROR Blah blah Blah. GD LIBERALS have RUINED the COUNTRY etc, etc, etc.. I was appalled. You see Donald Bellisario is an Ex Marine, and has identified himself as socially liberal and fiscally conservative, and especially conservative towards the military. My old man a Cold War vet HATES this guy BECAUSE its seems FOX News did a hit piece on him on his LIB views. It was like having a conversation with a CRAZY man. I just said do you still watch the SHOWS???? He said yes.......I said fine whatever and skirted the issue and finished the call. Never the less I was sadden and VERY angry that the filth of the GOP has bent and corrupted the minds of people like my father and former friends. It proves to me ONCE and for ALL it's a EVIL spreading across this land like a virus that CLOSES the mind and CORRUPTS the soul. Expecially when you hear it from you parents. 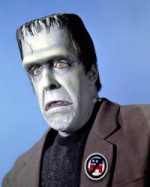 I'm so sorry. My Mom was a WWII vet. Pop is a triple vet. It would have to be the "Twilight Zone" for them to act like that. But...
my younger brother is a total bagger. He's from Nevada. He likes Sharon Angle. Need I say more?

Sad American wrote:I'm so sorry. My Mom was a WWII vet. Pop is a triple vet. It would have to be the "Twilight Zone" for them to act like that. But...
my younger brother is a total bagger. He's from Nevada. He likes Sharon Angle. Need I say more?

Well all I can believe is the cause behind all this is FOX news and their subliminal brainwashing tactics. Every argument I have with CRAZY spewing GOPers, 2 things ALWAYS get said by the other person. 1. I saw it on FOX NEWS 2. Obama is... Add whatever negative connotation HERE. It NEVER deviates from that and it's the 2 CONSTANT comments in EVERY statement.