Nearly three-quarters of jobless Americans say they can't afford needed health care or prescription drugs, and about half say they're struggling with medical bills or medical debt, a new report reveals.

The authors of the report also concluded that when the major provisions of the Obama Administration's health care reform law are implemented in 2014, newly unemployed people will have many more health insurance choices.

But the current lack of options have led to a health and financial crisis for many Americans who lose their health insurance benefits along with their jobs.

For the new report, researchers analyzed data from the 2010 Commonwealth Fund Biennial Health Insurance Survey. Of the respondents who lost their health insurance when they lost their jobs:

72 percent said they couldn't afford to: fill a prescription; get a recommended test, treatment or follow-up; go to a doctor or clinic for a medical problem, or get specialist care.
72 percent said they had problems with medical bills, including: an inability to pay; having to make payments over time to clear up medical debt; being contacted by collections agencies over unpaid bills; and changing their way of life to pay medical bills.
40 percent said medical bills forced them into difficult financial tradeoffs in the past year, such as: 32 percent had used up all their savings;
27 percent couldn't pay for basic necessities such as food, heat or rent;
14 percent accumulated credit card debt; and 9 percent took out a home loan.

"It's clear from this report that losing a job and health insurance simultaneously is a serious threat to a family's health and financial stability," Commonwealth Fund President Karen Davis said. But she added that "the Affordable Care Act will assure that families already struggling with the devastation of unemployment will still be able to get the health care they need and will be protected if they become seriously ill."

56 years young. Have not seen a doctor or filled the prescriptions I was on since I got layed off Nov 2007. Can only imagine what type of shape I m in inside.

I say this is grounds for an immediate government overthrow!

Start stealing from the rich! What other recourse do we have. Start with the Koch (now pronounced Co*k) brothers. They can't put us all in prison. The laid off police officer might be our best friend!

Here in redneckville, we have a place called Lone Star Circle of Care. It's a sliding scale health clinic which is a project between a university (Texas A&M), a local hospital chain (Seton), and Dell.

It's like a well kept secret. There are places like this all over the country, you just have to find them.

Sad thing is, I've gotten better care there that I ever got with a regular medical group when I had health insurance/hmo. 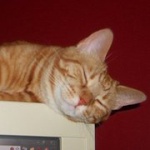 56 years young. Have not seen a doctor since I got laid off Nov 2007. Can only imagine what type of shape I m in inside.

Bingo - I'm 55 and didn't participate in the "health" care that the agency provided before my layoff, because it didn't cover anything - it was a junk policy like most. I've paid out-of-pocket all my life, but have been anal regarding taking care of myself. Luckily, I didn't inherit anything that requires ongoing medical care either. Cuba is beginning to look very nice - at least all of their citizens have healthcare. Looks like Britain and Canada are using propaganda and cuts to their national healthcare to eventually make them for-profit like the U.S. The corporate fascists are undoubtedly salivating over the thought of so much profit.

Anyone been watching Washington Journal this week? On the third hour they've had some very good commentary regarding the future of "our" healthcare. I say "our" because only the wealthy will have any. In order to "fix" Medicare they really are going to raise the eligibility age - 90 might fix it, but as a program that sucks the taxpayer to death - no need to worry - our providers will never let that happen. Instead, they'll continue as the insurers do to cut what they'll cover. As a nation, we really need to rethink how we view American exceptionalism - unreasonable faith?

Just applied for the Oregon Health Plan for the third time, I can do it every three months and I think it's kinda like a lottery. The OHP has very limited vision and dental (emergency only), the medical is OK with prescriptions, there are no co-pays and is free. *fingers crossed*, I should know in about 30 days. I'm also in my 50's haven't seen a doctor in 2 ½ years, was in great shape them but it would be nice get a check up again.

stillnutty wrote:56 years young. Have not seen a doctor or filled the prescriptions I was on since I got layed off Nov 2007. Can only imagine what type of shape I m in inside.

Almost identical situation here. I lost my job in my late 40s have since turned 50 & it's a critical time to stay on top of health issues which i haven't been able to do. I broke my toe after losing my job & after walking around in pain for 2 weeks, finally went to the ER. Advised to apply for Medicaid, which I'm sorry was an unbelievably painful experience. The applicant ahead of me had just gotten out of jail. I wondered what am I doing here?

Fortunately Medicaid paid most of the bill but I've had serious dental problems that it wouldn't pay for and the condition has gotten so much worse. I'm in constant pain now, even hurts to eat. Had to join AARP to get some insurance & it wont pay for major work for 12 months. Ya can't get a doggone break

Similar topics
» While the GOP Pretends to Care About 9/11, Remember That They Denied 9/11 First Responders Health Care
» Health care help in DC
» Health Care Assistance
» Jim DeMint: Jobless “Gaming the System,” I Hear Jobless Want to Remain on Food Stamps
» Shame Of America: Desperate Man Robs Store For One Dollar In Order To Go To Jail To Get Health Coverage