Today is thanksgiving, a day to celebrate and to be thankful for all that we have been given; but it is not an memory wipe. It is a year which finds me living in my fourth state in a year but I am in a good place, I now have a home. We are a good people, badly led and badly misled. We live in a beautiful and bounteous land in which millions upon millions of our own citizens can no longer earn enough to survive in it and yet, that is not considered a national crisis.

It has been 365 days which has seen no improvement in employment or in wages only a continued manipulation of the numbers. A year which has seen Barack Obama re-selected for a second term of office, but only because the alternative was so heinous as to be unthinkable. This is America’s twelfth thanksgiving at war, tens of thousands of our service people will spend this holiday overseas protecting Europe from a Soviet Union which no longer exists. Protecting corporate interests in Colombia, Afghanistan, Kuwait, Uzbekistan, United Arab Emirates and dozens of other countries, protecting America from the blow back we ourselves cause.

The United States of America has decided to build 183 F- 22 Raptor fighter planes at a projected cost of $66.7 billion. Originally, the plan was to build 750 of these state of the art aircraft which was scaled back to 381 copies in 2006 and now down to 183 aircraft. The air force warned that cutting back the number of aircraft produced increased the per unit cost. I suppose that is so, only, there aren’t any potential adversaries which would demand its capabilities, nor can the plane be exported like the B-2 bomber, it is a 21st century dreadnaught.

Meanwhile, funding continues of the F35 Joint Strike fighter which is expected to be the workhorse of the fighter command. Despite a down economy, despite twenty millions of Americans out of work Congress continued to allocate nearly half a billion dollars until 2010 for a second source engine program for this aircraft. How many times have you been down at the old used car lot and asked the salesman, “She’s a nice Ford pick up truck alright, but what if I need a new engine and Ford can’t supply one? Is there another engine available, from another manufacturer, off the shelf?”

Initial cost estimates of the F-35 Joint Strike fighter began at $89 million per copy in 2006 escalating to $207.6 million per copy in 2011. When the R&D is included the cost rise to $304.15 million for the 32 aircraft delivered. The Air Force estimates over the programs lifetime to cost the American tax payer to be over one trillion dollars. The old expression goes, “a camel is a horse designed by a committee” and the F-35 is an aircraft designed by a Pentagon committee. It does everything, for everybody and costs be damned, this is Buck Rogers stuff.

The F-35A is the lightest version of the air craft designed the Air Force, but its smaller wing design means less fuel economy for this Hummer of the sky.

The F-35B is the Marine version designed for vertical take off and landings like a Harrier, but it sacrifices a third of its range to do its one slick trick.

The F- 35 C is the Navy variant of this flying leopard skinned Ferrari fighter plane. The F-35 C has a larger wing with foldable tips for low speed flight as well as a stronger landing gear and of course, a tail hook, for carrier landings.

In December of 1992, US President George H. W. Bush signed the North American Free Trade Act. In 1994, his successor Bill Clinton signed the treaty into law. Clearly, the deindustrialization of the United States is a bi partisan issue. Factories known as Maquiladoras along the Mexican border have expanded by 15 percent forcing US workers to compete with workers wages below the US minimum wage.

In 2010 alone, the US goods trade deficit with NAFTA countries expanded by 36.4% over 2009. US foreign investment in NAFTA countries was $357.7 billion in 2009 up nearly 9 percent from a year before. Over the past decade American meat processors have routinely advertised job openings in Mexican newspapers.

61 Percent of net material exports to Mexico are products which will be assembled and or finished only to be returned to the US market. According to an Economic Institute’s policy study, nearly half a million well paid manufacturing jobs have disappeared to Mexico since 2006. Despite the devastating effects on American workers and on American families BOTH major political parties encourage, promote and support these trade policies.

One of the key but little discussed factors in these Free Trade agreements are the legal status they give to international corporations. Once implemented, corporations have the legal status to sue your government on an equal footing. The government which you went to the polls and elected have given away your rights to fill their own pockets. Under the provisions of the Colombian Free Trade agreement, tariffs on heavy equipment imported into Colombia from the US will be eliminated. Rather than Free Trade it is more like price fixing, by giving American corporations a 15% pricing advantage over Asian manufacturers.

“US business firms enjoy greater flexibility than their counterparts in Western Europe and Japan in decisions to expand capital plant, to lay off surplus workers, and to develop new products. At the same time, they face higher barriers to enter their rivals' home markets than foreign firms face entering US markets.” – CIA World Fact Book

From the US State Department budget FY 2013;

Provides $8.2 billion for Overseas Contingency Operations to support the extraordinary and temporary costs of civilian led programs and missions in Iraq, Afghanistan and Pakistan.

“In 2010 and 2011, the federal budget deficit reached nearly 9% of GDP; total government revenues from taxes and other sources are lower, as a percentage of GDP, than that of most other developed countries. The wars in Iraq and Afghanistan required major shifts in national resources from civilian to military purposes and contributed to the growth of the US budget deficit and public debt.” – CIA World Fact Book

Our public schools are being shuttered, as our roads and bridges crumble and yet our government tells us we must make even more budget cuts still to come. Cuts which will put more Americans in jeopardy, closing more schools, leaving more Americans without, but do you understand what the government saying? These so called Free Trade deals cut the revenue coming into the treasury; they benefit the few at the expense of the many. Likewise, tax cuts which have been promoted as generating jobs, and they have been successful, they do generate jobs. Locked arm in arm with the trade deals they generate tens of thousands of jobs, in places such as China and Mexico and Colombia.

They generate jobs anywhere corporations can achieve a co-equal status with government. Anywhere workers can be silenced with a truncheon a club or a gun. Anywhere health care includes suicide nets to keep workers from throwing themselves out open windows. Anywhere they can be made to work for less than a living wage.

These policies create cheap goods which are far from inexpensive. They create unemployment and poverty here at home. They create the need for trillion dollar Air Force programs and carrier fleets to protect the private corporate empires. These polices require our service people to be stationed all over the world, not to promote peace, but to protect pipelines and private assets. Our government does this in our name. “Since 1975, practically all the gains in household income have gone to the top 20% of households. Since 1996, dividends and capital gains have grown faster than wages or any other category of after-tax income.” – CIA World Fact Book

Today is Thanksgiving, a day to celebrate and to be thankful for all that we have been given; but it is not an memory wipe.

“Every gun that is made, every warship launched, every rocket fired signifies in the final sense, a theft from those who hunger and are not fed, those who are cold and are not clothed. This world in arms is not spending money alone. It is spending the sweat of its laborers, the genius of its scientists, the hopes of its children. This is not a way of life at all in any true sense. Under the clouds of war, it is humanity hanging on a cross of iron.” – Dwight Eisenhower

“The liberty of a democracy is not safe if the people tolerated the growth of private power to a point where it becomes stronger than the democratic state itself. That in its essence is fascism: ownership of government by an individual, by a group, or any controlling private power.” – Franklin Roosevelt

What in the hell do you mean by "ass wipe"!

Today is thanksgiving, a day to celebrate and to be thankful for all that we have been given; but it is not an ass wipe.

Today is Thanksgiving, a day to celebrate and to be thankful for all that we have been given; but it is not an ass wipe.

When you first wrote ass wipe, I had no idea what this was about. some one had altered the text. I have corrected it. Thanks for reading. 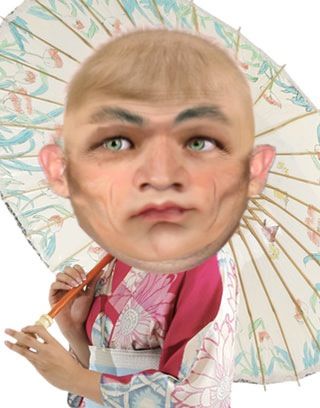 the period from 1945 to the Oil embargo's of the 1970's saw the US without any serious global competition as ww2 destroyed much industrial capacity around the globe.
The US GDP was at one time as much as eleven times its nearest competitor
these conditions no longer exist

according to a new book by Hedrick Smith a certain republican supreme court justice circulated a petition around the business world
calling upon business to flood Washington with lobbyist, and since then it has been all down hill for the common person (this is before the turn toward globalism we have now)

Daveparts3 wrote:When you first wrote ass wipe, I had no idea what this was about. some one had altered the text. I have corrected it. Thanks for reading.

Yeah, thanks Dave. I didn't think it was something you would write.