* Unemployment Insurance Provisions: Strengthens job search requirements in the unemployment insurance program; allows States to screen and test for drug use; increases State flexibility to design reemployment programs (including those supported by President Obama); reduces waste, fraud and abuse through increased program integrity measures like data standardization; and reduces the maximum weeks of unemployment benefits from 99 to 59 weeks - a level consistent with prior recessions. The weeks of benefits are immediately reduced by 20 and then, by adopting one of the President's own policies, an additional 20 weeks are phased out by the middle of 2012 in all but four States.

More information on all provisions of the Bill:

House of Representatives schedule for the week of December 12, 2011:

That whole schedule is laughable

H.R. 3630 will be introduced and brought up for discussion in the House.

Votes will be postponed until 6:30 p.m.
Suspensions (8 Bills)

TOMORROW’S OUTLOOK
The GOP Leadership has announced the following schedule for Tuesday, December 13: The House will meet at 12:00 p.m. for legislative business. The House is expected to consider bills listed for consideration under suspension of the Rules. The House is also expected to consider H.R. 3630 - Middle Class Tax Relief and Job Creation Act of 2011 (Rep. Camp - Ways and Means/ Energy and Commerce) (Subject to a Rule).

It seems that the Republicans are making deals that otherwise would not be acceptable for the Payroll Tax Cut which Obama wants... We might be screwed. Let's hope that Obama fights this! 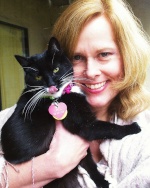 I don't understand cutting the SS payroll tax anyways! This funds Social Security, which is in trouble already! In 2009 and 2010, they had the Make work count tax deduction of $400 per person, and they replaced it for some reason with this SS tax cut! I can't see this bill in it's present form passing the Senate. Harry Reid and his majority probably won't let them cut the weeks of UE or fund this stupid pipeline! This bill is just a cruel stunt by the House Repubs to make it look like they want to do something,when they know it will never pass! Just my opinion!

I would suspect that you are right, Sportsnut... I've been listening to CNN and it seems that many on Congress actually oppose this bill so maybe with a prayer on a wing it won't go through!

does anyone have any news on HR 589, I cannot find anything. ty

Turn on your TV to CSPAN... They are debating and soon to vote on it... The Republicans are spinning this and the Democrats hate it, but there are more Republicans than there are Dems so...Hopefully, Obama will not pass this!

Most likely will not make it out of the senate.

Even if it miraculously makes it out of the Senate, Obama will veto it with the Keystone Pipeline issue attached.

I've been watching CSPAN today was was aghast that it did pass but it is very Repuplican heavy Congress so even though the Democrats were opposed to it it passed... Kind of disheartening...

WASHINGTON (AP) -- A Republican payroll tax cut bill that sailed through the House despite a White House veto threat is dead on arrival in the Senate, and it will soon be time for talks on a final package, the Senate's top Democrat says.

Unfortunately the Senator from Kentucky is a Repuplican who is slowing this process down... Scary!!!!